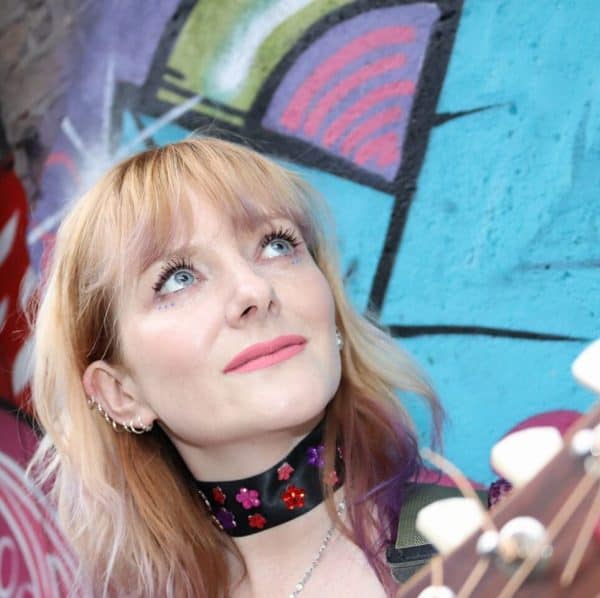 Klara McDonnell is a Dublin born, Carlow based singer/songwriter and actress who released her debut solo EP "Trapped Within" in November 2017. Previously, she was the lead vocalist and co-writer of Irish alt-rock band Hypno Puppet for 5 years. They released their EP "Rivers of Time" in 2015. Klara had a minor fling with reality tv, appearing on Coach Trip Road to Marbs with her friend Dani Masterson in 2017 but music is where her heart lies.

Klara's influences include; Lera Lynn, Nick Cave, Sheryl Crow, Tom Waits, David Bowie and Patsy Cline. She draws listeners in with her catchy melodies and at times, her quite dark lyrics. Her love of cabaret, breaking the fourth wall and at times social awkwardness bring an air of comedy to her live performances.

"Trapped Within" was produced by Rohan and Al Healy from The Dublin City Rounders alongside their musician/producer father, David Virgin.

Klara plans to release a music video for each of the 4 tracks on the EP. The first two videos were directed by herself and her quirky concepts gathered some attention online. Her last single "Touch of a Hand" was released on 15th February 2018 and the music video was directed by Hollywood based Irish horror director Bing Bailey. It featured Klara as a vintage doll and Irish actress Lisa McMahon playing both a male and a female role.

She documents her career and that of her musician and actor friends on her Youtube channel in her vlogs.

Klara's next live appearance will be at Fibber Magee's on the 22nd March.