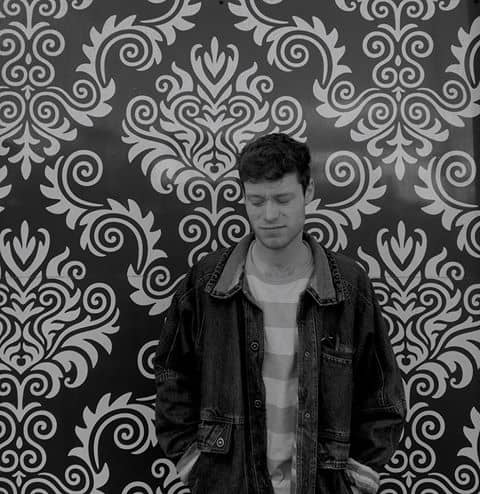 Oisín ó Scolaí and The Virginia Slims have been writing and recording songs in their bedrooms since childhood and carry some of that lonesome lo-fi sound in their music today with influences from Cohen, Prine and Oberst.

After the success of 2016 " One for Sorrow Two for Joy " EP, which Oisín wrote and produced ,he gathered musicians from Derry’s thriving music scene to create Oisín ó Scolaí & The Virginia Slims.

His  EP " full of Water " stamped his ground as a songwriter and makes the listener a little uncomfortable with his brutal self confession and a strange perspective of the world around him.

UpComing Album for Oisín ó Scolaí and The Virginia Slims

A wash of redo-wave synth and chorus laden guitar would find its way onto the Ó Scolaí sound in the upcoming debut album “Vacant Sea” (2019), but Oisín and his collaborators never lost touch with their thoughtful folk roots. Tracks like Lunalae and Audience of Unease where he creates striking imagery from mundane reality.

The album also focus on feeling lost in your twenties and modern anxieties, from the oddity of displaying emotion online

“All the plagiary profits and the sad bastard poets, all make their way to the sea, putting rocks in their pockets”…

“I believe firmly it’s a strange time to be alive, making it a wonderful time to be a song writer”

Oisín ó Scolaí continued his tradition of writing and recording everything in his home studio (Drums in the kitchen/Vocals in the pantry) but no longer confined to the lo-fi sound and the result was “Vacant Sea”, which added elements of folk and electronic pop to an already varied stylistic palette.