I have been waiting over 20 years for a decent Rock act to come out of Ireland and I think, I have found them In Elevation falls. Those were the days when we had the likes of Rory Gallagher, Thin Lizzy and the legend Garry Moore, blaring out on the radio, on a daily basis but I haven't heard anything that resembles those legends, for what seems a lifetime now.

I came across this Act a few years ago and I could see back then, that there may be potential. I've seen a few Acts with the same ability and felt that they were just another Band, who would eventually wither away, with the lack of exposure for original Rock Music in Ireland. Don't get me wrong, there is a huge Demand for this Music and especially in Ireland, but Venues and Bars don't book them as much as they should. Unfortunately, it is the younger generation that has missed out on the excitement of going to live, Original Rock Band.  I encourage the newer Generation to go and see a Proper Original Rock Band, like Elevation Falls.

I feel an excitement about Elevations Falls. Their Set is very well put together with a mix of their own Tracks, along with their own twist on Thin Lizzy, Guns and Roses, Alter Bridge and believe or not, "Hozier".

Hazel Jade Rodgers ( What a cool Name ) is a stunning looking, 21 Year old, Rock Goddess, who commands the Stage with her Hypnotic stage presence and powerful vocal range.  Offstage, she is a little sweetheart, who has no problem chatting with everyone but as soon as she hits that stage, her stage persona goes into overdrive. Good God, this girl can sing !!

None of this would be achieved but for the Backbone of the rest of the Band, You can clearly see that they are all extremely close, the way a good band should be.

Chris and Darragh are the two lead Guitarists and Boy can they play. Each player has their own unique Style and both lads encouraging one another for greatness for the entire night. They are a joy to watch and I can see them both, coming up with some amazing tracks together in the future. 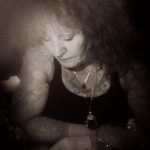 Finally and most importantly, This Band would not have existed but for Belinda Rodgers, Mother, Manager, Promoter, Driver, Marketer and driving force behind elevation falls. You don't see too many people doing what she does anymore. The Passion, the energy, The motivation, she has for this Band, is extraordinary. This type of unique individual is the reason behind most successful Artists and they rarely get a mention. Bands exist because of these people. Bands stay together because of the patience and an understanding Manager. They are the center of everything and every problem imaginable that lands at their feet. Do not underestimate the job of the Band manager. I mention this because I have seen how the band interact with Belinda. Every one of them have the highest respect and follow her instruction to the letter. I also mention this because I know this Band is going to make it because of her. I have no doubt in my mind whatsoever. She has this Band like a well-oiled Machine and they all know this. When you see this in a Band, you know that it is only a matter of time and it will not take long. They are approaching a European tour and believe me, the rest of Europe will embrace this Band with open arms. I wish I was there, to witness it myself.

So there it is guys. Go and see this band. There is so much going on at this show, both in new music and showmanship. It is one of the best nights you will ever have. These guys know more about the old rock legends than I do and at such a young age too. It's fantastic to see new bands being so influenced by artists that are long gone and unknown to so many of the new generation. I feel revitalized and confident that this Band will bring us forward to a brand new Rock era in Ireland and carry with them, some of those great influences from the Irish rock legends that graced the stage before them.

The Writing is on the wall for Elevation Falls

Building an International Independent Music Network
10 Marketing Strategies To Boost your Music Career
How to Manage your own Music Career
Building a Music Website
Optimising Your Youtube Channel with VidIQ
Digital Music Distribution - MusicDiffusion
Building a fanbase for musicians
How to Build a Fanbase for Independent Artists.
Digital Marketing for the Independent Artist
Setting up a Digital Marketing funnel in the Music Industry
Project 82
Westland Studios Dublin
Reality Check for the Irish Artist Part 3
Understanding the Music Industry Today
Music in the Digital Age and John Hartmann
Elevation Falls - Birth of a New Rock era in Ireland
Reality Check for the Irish Artist / Booking A Music Gig In Ireland
Email Marketing for Bands