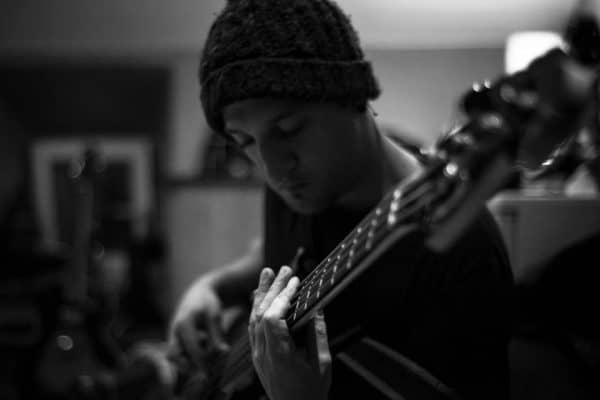 Mimmo Ripa, aka "aboutmeemo', is a self-taught bass player, guitarist, and songwriter.
He started playing the guitar when he was 14. He's played with '77 punk bands Gioventù Bruciata (Italian for "Wasted Youth") and "Blood 77"); 70s hard rock V.S.A.; indie Italian rock Nulla tace (Italian for "Nothing is silent"), and American grunge band Bleeding Scar. As at present, this latter project is the one that influenced him the most.

For Mimmo, the guitar is a sort of magic instrument thanks to which he's able to create worlds where he can freely express himself through music. Singing came later, as a need to complement the music he made: "I can't sing anything but my own songs. Because they are part of me, I can tell my soul."

From his native Italy to Ireland, Mimmo embarked on a personal journey to freedom. Listening to his music is like walking in his footsteps. Where will it take you?
He released his debut professional solo album (SOUVENIRS) in December 2017, a true journey through his past!