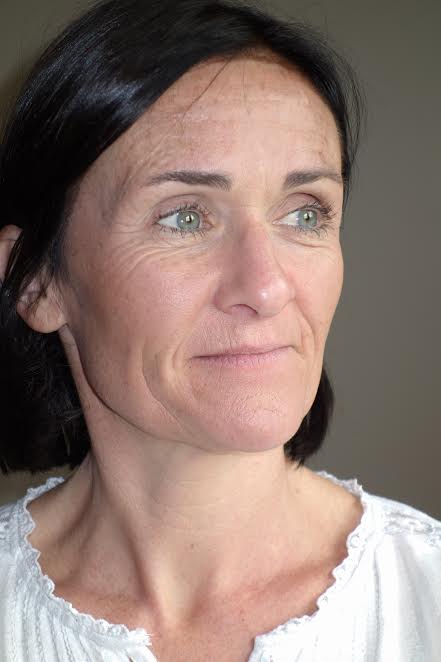 Louise Crossan  was born and raised in the beautiful sea-side town of Buncrana, Co. Donegal.

As a young child She was always singing and at the age of 7 her first musical instrument was a small organ/keyboard on which She used to play songs by ear. She joined the Buncrana Youth Accordion Band shortly after and learned how to play the Button-Key Accordion.

At age 14 She began piano lessons with Ray Mc Ginley and achieved up to Grade 8.

She Began working at 15 and saved hard for her first Yamaha guitar, which she still has and plays to this day.

By 17 She was gigging in local bars and hotels and had also started song-writing.  She entered song contests throughout Ireland with her original material and was quite successful.

Wanting to further her music career,  She began taking proper vocal lessons with Angela Liston and received her teachers diploma for singing. At this time she won a singing scholarship to study in Belfast.  She also returned to education, doing a Performing Arts Diploma in Derry which gave her a great insight on how everything worked behind the scenes.

She then left for San Francisco in 1997 where she remained for 13 years. This proved to be the best move of her life.

She had her own band for 10 years and they played extensively throughout the San Francisco Bay Area at Weddings, Dinner Dances, Corporate gigs and house parties. There was a huge Irish connection there at the time so the band were busy every weekend usually doing 2 to 4 gigs a week. She also picked up a lot of great tips from her fellow musicians and learned that you can achieve what you really want by hard work and perseverance.

Upon returning to Ireland in 2009 with 2 small boys in tow she embraced motherhood for a while but it wasn't long before she got restless. She decided to go back to Magee University in Derry to do her degree in Music and she graduated with honours in 2013.

But there was one thing missing, She wasn't singing as much as she wanted. So she picked up the guitar one day and started back into her song-writing and it just started to flow. Song after song came out. Although she had recorded before, this felt different, more mature maybe? It was then that She decided to make an album and has never looked back since.

Her album BORN was launched in the Gateway Hotel, Buncrana on Dec 21st 2017 to a fantastic audience of family, friends and fellow musicians. The album was in part a personal journey for her and the lyrics tell the stories in the songsBorn, Blue Shadow, The Little Boy and Full Moon.

Although the album is in the early stages of it's release, She has been named "Artist of the week" on 2 different radio shows, namely The Acoustic Yard Show with David Dee Moore, and Shannonside with Charlie Mc Gettigan, while also getting airplay on her own local radio station Highland Radio.

She is now in the process of working on her second album and loved being in the recording studio. It felt like she was finally at home!