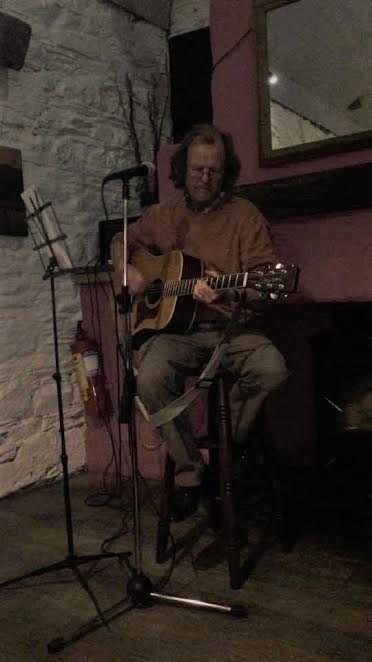 Donal Coghlan is a singer songwriter who has returned to the music scene after a very lengthy absence from it . Donal is a singer songwriter in the true sense of the word and his songs reflect the everyday life and changing issues that visit us all. He has released a four song EP of self penned and performed songs called My Journey in 2014.

Since then Donal has had several radio interviews on Near FM and received very good reviews of his EP .He has played at some of the countries popular singer songwriter sessions such as the Coffin shed and the Purple Sessions .Donal is very passionate about helping people and has played at all of "The Simon gigs " for the homeless to date and has promised to continue to do so as long as he is able.

Donal has also being helping the Irish Artist and  runs a  very successful monthly session for singer songwriters in Clonmellon called the Cafe Sessions. The cafe sessions are hosted in an intimate setting in the local coffee shop where the general public get to hear the Artist close up and personal. No amps , No mics, just the artist and their creative instrument seated in front of a small audience . Donal's passion is to allow the artist to be seen in their natural form and bring some of the old tradition of storytelling and song ( which has being somewhat lost to us ) back to this quite unique setting.  You can feel the connection between Artist and listener as the artist pours their inner thoughts into song. An understanding is established and the singer Songwriter get to express this pure form the way it was meant..

The fact that Coghlan sings as opposed to ‘belting’ [a slightly shouty approach adopted by some blues vocalists] actually gives the song added commercial appeal. In a way his vocal style gives added authenticity to the track as it comes across as a song about regrets but written from the perspective of an ordinary, everyday guy, who can best highlight his feelings through the blues.
From a production and arrangement perspective. The sound is never overindulgent and that is exemplified on ‘How Have You Been Out There’. The guitars are clean with the ‘sound’ coming from fingers rather than effects and that level of feel is something that a musician either possesses or doesn’t. It’s inherent and, in the case of Coghlan, it’s obvious.