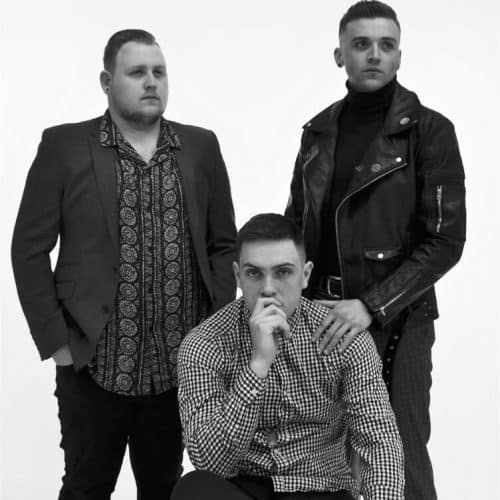 Irish Band Stolen City are a Dublin-based Rock Act who pride themselves on their fun and energetic performances. Since the release of their debut E.P ‘Stolen City’ two years ago, the young band have worked tirelessly to make their mark on Ireland. They are very well known in the independent music scene and are loved for their upbeat pop-rock sound.

Their song`s “Cupids Daughter”, “Last Night” and “Let Her Go”  have being played on stations such as Spin 103.8, Classic Hits 4fm and iRadio. It's a surreal moment for any band to hear their music being aired on the radio. This has pushed them to work harder and a higher standard of production.

Their main mission is to bring a change to the music scene. They see a big disconnect between bands and their fans nowadays. They say. " We never want to forget any fan who supports us " They are the reason bands succeed and we want to thank them consistently ".

2018 was a particularly successful year for ( Lead Singer ) Sean McGrath, ( Guitarist ) David McCabe and ( Drummer ) Ian Bailey. The band gigged all across Ireland from iconic Music Venue Whelans to Stradbally and  Electric Picnic. Last summer also marked their international debut as they took to the stage at German festival " Rock an der Eider ".

With a focus on their existing loyal following, the lads have concentrated on growing their audience further. They are releasing thought-provoking and creative music videos to promote their latest singles and updating on all social media platforms.

The band’s social media numbers are growing steadily and one of their popular tracks " Faces "  received 70,000 views. Not Bad considering their fanBase is at 3000 followers and growing.

Building on last year’s momentum, Stolen City are determined to continue their hard work to increase their following and gain further interest. With three major events already lined up – Indiependence, Sult Festival and Vantastival, this should attract a further following and another successful year for the band.

Lots of Plans in the making for further headline gigs to consider this year. So many new tracks in the pipeline and ready to earn their place on a National, and International, platform.