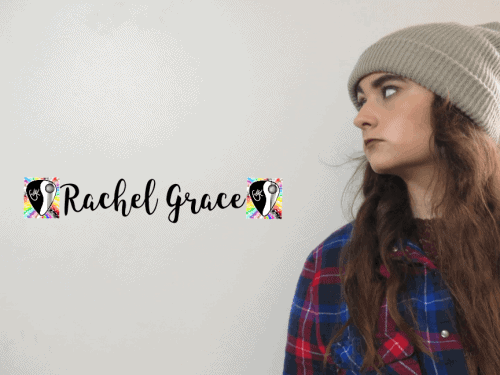 Rachel Grace is a 15 year old singer Songwriter from Wexford, Ireland She is proud to call herself a self funded, independent artist and has being that way since she first started writing Music,

Her musical influences Range from Brittany Spears all the way to AC/DC and everything in between.

She penned and scored her first song at 10 years of age in primary school and called it " The only way ". It is featured in her self-funded debut album " Song for you " where she released in 2015

She spent most of her weekends busking on the streets of Wexford town where she honed her skills and loved every minute of it .
Recently She had the privilege to be the support act for the amazing Wallis Bird in Enniscorthy, Co wexford and in May she supported the equally brilliant Keith Plunkett.

In April 2017 she entered the buskers battle for charity at the National Opera House in Wexford and received a full standing ovation for her rendition of "i dreamed a dream" from Les Miserable.

2017 was turning out to be a Super year for her. She featured at Friday Arts at Gardnier St in Dublin. In May that year she won a local battle of the buskers competition in Wexford, competing against 9 other fine young artists. all from Wexford town.

September 2017 she opened for Deni Bonet, violinist for R.E.M/Sarah McLachlan/Cyndi Lauper.
October 2017 she was runner up at the crystal skull sessions in Sin E and December she opened for declan Sinnott in wexford . 2017 was indeed a very busy and successful year.

2018 kicked off with performances at the fortnight festival in dublin.She is currently working with orchard recording studios, laying down an a much anticipated ep which will be Released in the summer of this year.

She hopes to involve herself in plenty of charity gigs which she is passionate about ,especially for mental health charities. “Music is a great way to soothe the mind” , she says . “I want to give back and help others with my Music”.

Rachel Grace is one to watch for the future and at only 15 she has already began to make her presence felt around Ireland. As time passes , it is only a matter of time before we see Rachel , performing on a major stage In Ireland or even further .