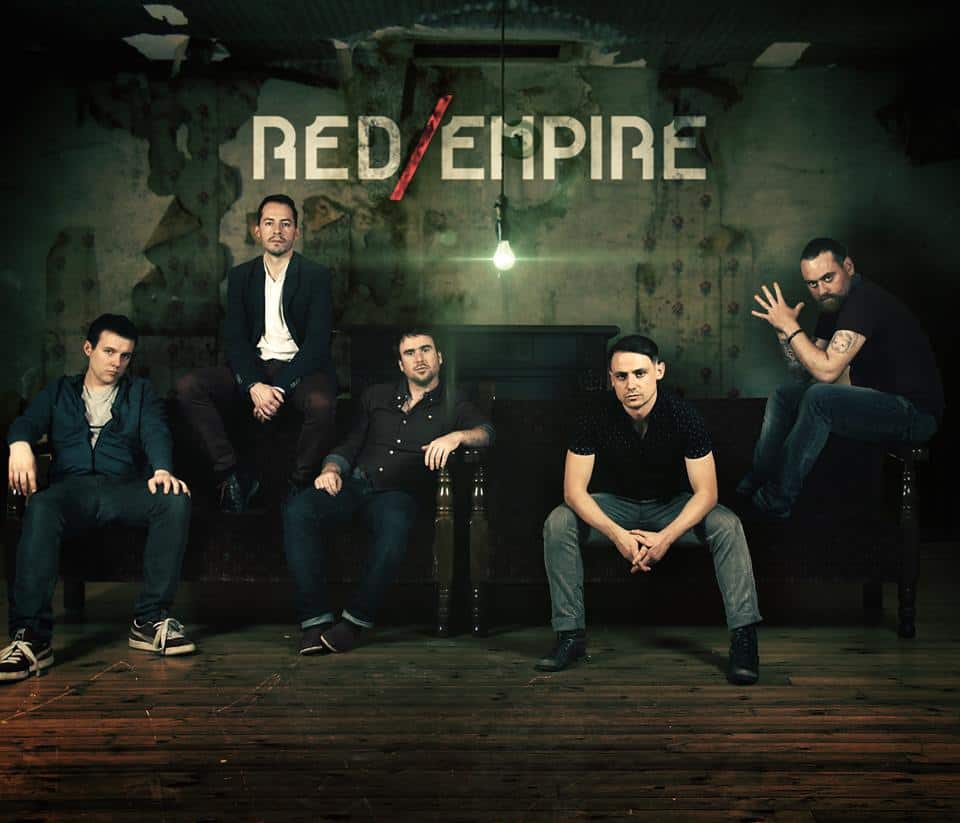 It has been a busy year for Red Empire so far. Their debut album, which has captured the band’s trademark well-crafted melodic sound, was released online and in stores in February and has received a warm reception ahead of their Irish tour this July. The band led up to the album release with a number of EP releases including ‘Small Mercies’ and 'The Truth of You'. As a result of these releases Red Empire were chosen as the nationwide UTV Radio Group's 'Select Irish Artist of the month'. In addition to this the lads were chosen as 98FM's 'Home Grown Heroes' and DCFM's 'Tune of the week'. Red Empire were also earmarked for success on RTÉ Radio 1's 'The John Murray Show' (where they played a live session as well as being play-listed by RTÉ Radio) and Today FM's 'The Mix-Up'. Red Empire also appeared on national television performing live on RTÉ's 'The Saturday Night Show' and 'Two Tube' and TG4's 'Róisín'. During some of these TV performances the band played their single 'Deliver Me' which they have also translated into Japanese and released under the title, 'Michibiki'.

Red Empire's music videos for "Small Mercies" and "The Truth of You" have each won the 'Best Music Video' award at "The Dublin International Film & Music Awards" and "The Underground Cinema Awards" respectively. The band pride themselves on the strong impact of their videos and they enjoy a great artistic relationship with their visual collaborator, November Seven Films.

Red Empire’s song, ‘Denial’ has been chosen to be included in director, Graham Cantwell’s film, ‘The Callback Queen’ and other songs have been used in advertisements for the V.E.C and the Guinness Pro 12. It would appear that Red Empire’s musical stock is rising fast.

Throughout the last few years the band, who hail from all over Dublin and Athlone, have continued to play their increasingly well-known high-intensity live gigs all over Ireland and have gone down a treat at festivals such as Electric Picnic, The Westport Festival of Music and Arts, Fortstock and The Coors Light Weekender in Cork. Red Empire also toured Germany during and enjoyed a very warm response from German audiences. Indieweek.com described seeing the lads play live as a “kick-ass, very energetic live show.” With an ever-growing fan base and a bourgeoning roster of gigs throughout Ireland Red Empire look set for bigger and better things in 2016. Having already played numerous times in venues like the Olympia Theater, Vicar St, the INEC in Kerry and the Cork Opera House amongst many others right throughout the country the band have proven their worth on the big stage. With the lads touted by Musicscene.ie as “serious contenders for some well-deserved attention” and “destined for a bigger and brighter future” many commentators have noted that the Red Empire journey is only beginning.

"Red Empire have used their different musical influences and backgrounds to make a sound that is instantly recognizable when heard.” - Cheers Magazine

“Infectious pop choruses that wouldn’t sound out of place on commercial radio...stuck in your head after the first listen.” – Goldenplec.com