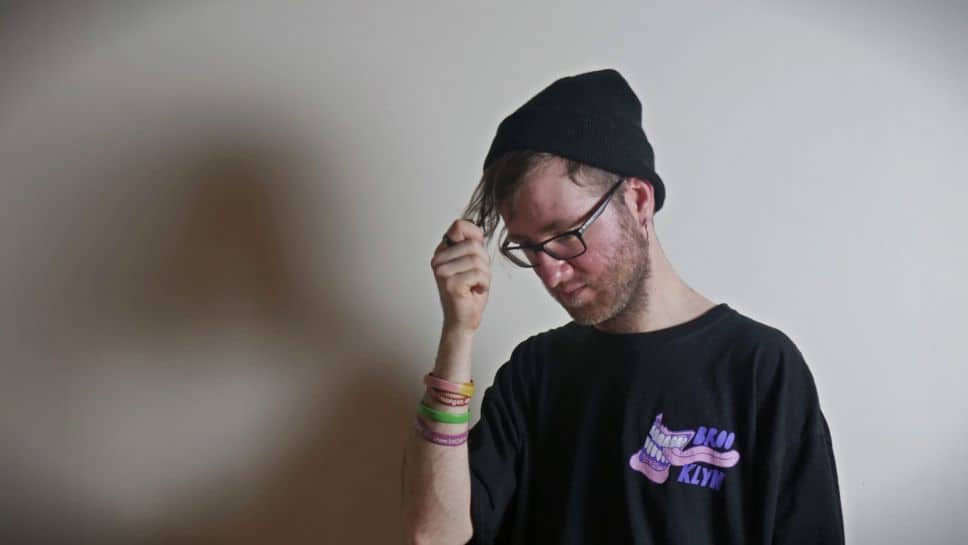 Sam Hardiman is a 23-year old songwriter/producer based in Dublin, Ireland. Sam’s musical life began at a very young age, taking up the piano at 5 years of age, before being granted an entrance scholarship to study classical piano in the Royal Irish Academy of Music at the age of 9.

Sam Hardiman then ventured into writing his own compositions at the age of 15, eventually debuting his original work by performing ‘His First Flight’, a piece based on the short story of the same name by Liam O’Flaherty, in Dublin’s National Concert Hall in January 2015. Music was therefore a vital part of Hardiman’s time in school, playing in orchestras and bands for school productions any chance he was given, and later encouraging him to pursue music into third level education.

Sam Hardiman began his degree studying music in Trinity College Dublin in September 2015. Upon entering his third year of college, he opted to specialise in music technology and eventually graduated with a first class honours degree in November 2019.Throughout his time in university, Sam worked as a professional composer and sound designer for theatre and film, with major credits including WELL THAT’S WHAT I HEARD (The Breadline Collective), B(L)OOM, (Tasteinyourmouth Productions), VIVA VOCE (Lauren Shannon Jones), and DON’T SING Original Screen Musical (IADT Graduate Showcase).

In the summer of 2019, Sam Hardiman released a collection of pieces he composed for hit Dublin theatre production ELECTRIC, written by and starring his sister Ali Hardiman, which then went on to enjoy a 4-month tour of Ireland and the U.K., culminating in a three week run at the Edinburgh Fringe Festival 2019. Hardiman and his sister continue to collaborate through ILA Productions, the theatre company they founded and run together.

His musical involvement in Trinity College extended beyond his degree and his work as a sound designer, with Sam becoming heavily involved in Trinity College Music Society. In the 2017/2018 year Sam was in charge of managing all social media accounts in the society, before becoming the Events Officer for the 2018/2019 year. In November 2018, Hardiman and the Music Society held Trinity’s first ever Multicultural Musical Showcase, which earned the award for Best Collaborative Event, and earned Hardiman the award for Individual of the Year in Trinity College’s Society of the Year awards, March 2019.

‘A Strange Kind of Intimate’ marks Hardiman’s official entry into the industry as a singer-songwriter. The 4-track record was written as part of his thesis in his final year of college, entitled ‘The impact of the internet on musical collaboration, and a comparison of its effectiveness compared with traditional face-to-face collaboration.’ The first track, WYA, features the talents of New-York based singer-songwriter Alidade and Texas-based guitarist Giorgio Suarez, both of whom Hardiman collaborated with over the internet. COMPOSING MUSIC, however, was co-written with Dublin poet Anna Dalton, with THE AVA SESSIONS being co-written and co-produced with fellow producer GEF, both of whom are close friends of Hardiman’s.

Collaboration is therefore a very important part of this debut EP, with Sam Hardiman himself saying, “I really value the idea of my own style and my own musical tastes being a mere common thread throughout my work. Collaborating with different artists allows each track to exist in its own space, to be distinct from one another, and this really helps me to achieve different forms of expression and explore new territories. Not to mention it allows me to improve as a musician and is a whole heap of fun in general.”

The EP itself covers a wide range of topics, with the introspection of WYA and the anxiety PANIC ATTACK contrasting the serene romance in the penultimate track COMPOSING MUSIC, and the finale THE AVA SESSIONS offering a critique of our society’s reliance on technology, using a metaphor from Alex Garland’s 2014 film EX MACHINA.

Sam Hardiman’s wide musical background and the diverse range of collaborations allow for a synthesis of styles on this record, with elements of classical piano, electronic music and mellow ambience being spread throughout the four tracks.

Sam Hardiman takes the authenticity of his lyrics and his musical approach very seriously, and is quoted in saying “Although there is an argument to be made for music that speaks for itself, I’ve always found I can connect with the world of a song more deeply when I understand the mind of the writer. That’s what I’m trying to achieve with this EP I want people to understand why I wrote these songs so they can get more out of them.”