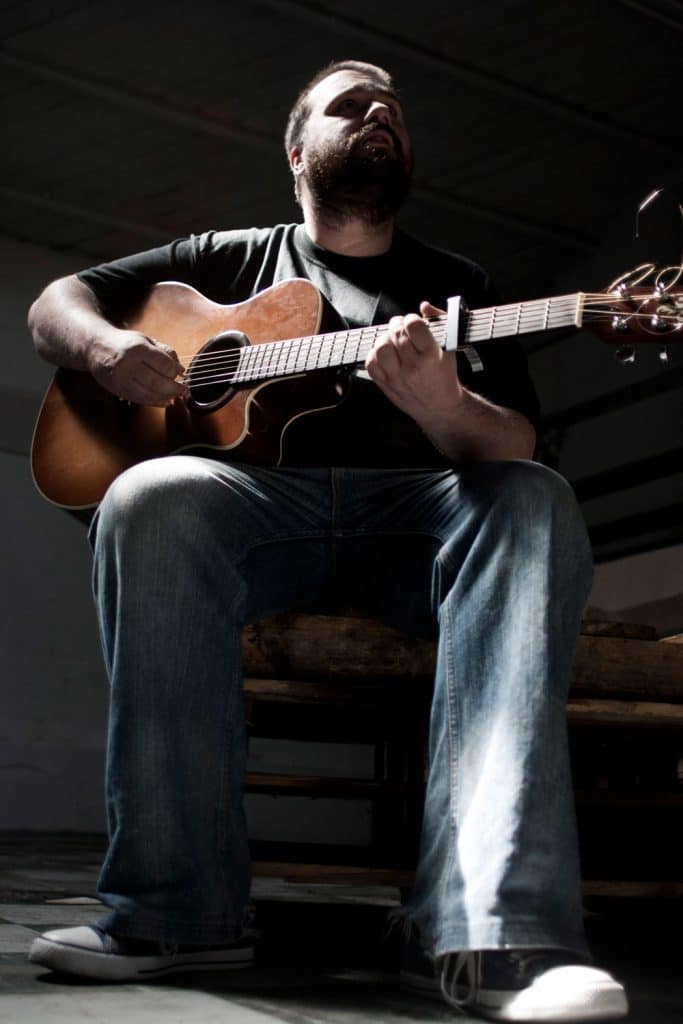 Jimi Cullen is an Irish Singer-Songwriter, Musician, Producer & Recording Artist. His music was once described as "what you might get if Bob Dylan had a baby with John Prine and fostered it out to Neil Young and Woody Guthrie" and, to be fair, it's pretty hard to argue with that upon listening to some of his songs.

Jimi Cullen's music is indeed steeped in the same folk traditions and songwriting sensibilities of the above four. From humorous songs about love & small minded assholes a la Prine to snarling protest songs in the vain of Guthrie and Dylan, straight through to some good old fashioned Rock & straight up Country that tips a definite hat to The Godfather of Grunge himself, Neil Young.

Yes, Jimi Cullen is definitely from the old school style of singer-songwriters. Pure, honest songs, from the heart, without the bullshit, take it or leave it.

That's not to say though that Jimi doesn't have an original sound of his own, in fact, quite the opposite is true. Jimi's music has a refreshing and often uplifting sound which blends elements as varied as Folk, Rock, Country, Reggae, Spoken Word and many more. He is a renowned performer across Ireland and Europe, both of which he has toured extensively and counts renowned songwriters like Christy Moore, John Spillane and Jim Page among his many fans.

He has even shared the stage with both Spillane and Page on several occasions as well as the likes of Damian Dempsey, Paddy Casey, Aslan, David Kitt, Declan O'Rourke and many of Ireland's other top performers.

To date Jimi has released 4 albums, 3 eps & 2 singles including 2014's critically acclaimed LP 'Life' which featured as Roddie Cleere's album of the week on KCLRfm and gained a healthy dose of local and national airplay including several spins on RTE Radio 1's 'Late Date'. Jimi also had some chart success in 2013 when his version of The Cranberries 'Zombie' reached number 2 in the Irish itunes charts.

An avid lover of performing and touring, you can always be sure to catch Jimi traversing the many highways and bi-ways of Ireland & Europe, so why not do yourself a favour and check out one of his shows. He really is one of the last true troubadours.