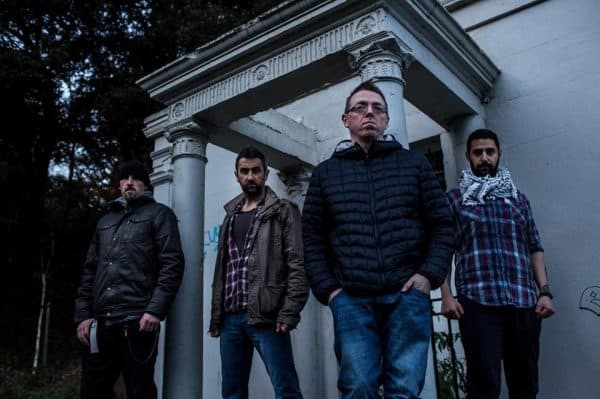 RENTON 7 are a Dublin based 4 piece band that has been developing swiftly over the last 3 years. It has been a busy road for these melodic moodsters who drew attention as a 2 piece with their video release "Handlebars". The band, consisting then of Darren Renton and drummer Mark Douglas has since welcomed guitarist Tom Murphy and Majed Eissa on bass creating a broader more divisive sound. 2017 should prove to be the year for Renton 7.

This unique line up has brought about a dark, gritty and raw emotional sound that sets this Band apart from any other.

At the heartbeat of the band is Mark Douglas, a seasoned drummer whose sensibilities, subtleties and power-housing bring a multi-tiered musicality to the outfit. Fronting the band is guitarist, singer and lyricist Darren Renton. Another experienced performer, Darren's close-to-the-bone lyrics and delivery are what every music fan is hoping for from their artist.

Playing a number of festivals last year including Duleek's Main Stage in May, the Maritime Festival in June and Tribefest in Sligo in August, Renton 7 move forward with unlimited aspirations. They are having continuing success with their released single/ music video Handlebars which is available on iTunes and Youtube.