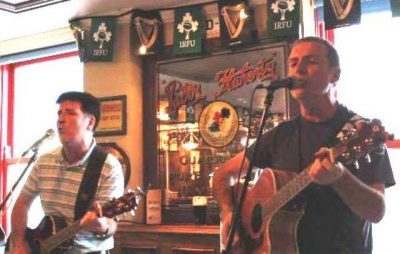 Stemming from the embers of a Band called, Side One,who were very active on the Dublin Music scene

of the early to mid 80's. Playing predominantly a mixture of, Beatles, Jam, and  Motown covers, we soon

built up a strong local following..

We soon added more and more original material to our sets,and this led to us gigging with a Band called, The Zen Alligators, Who were made up of ex Horselips members,Eamon Carr and Johnny Fean.

B side of a Live single they were Recording. We also had two tracks on an Album Called, Hip City Boogaloo

which was an Album that Featured some Dublin Bands who were on the scene at that time.

Fast Forward to the present and having moved away from the Music scene for a number of years, whilst

commitments to Family and kids took over. We decided a few years ago to get back to writing again and we are enjoying every track